A dance performance inspired by Rass Leela – the eternal love between the Divine Lord Krishna & his Beloved Radha. 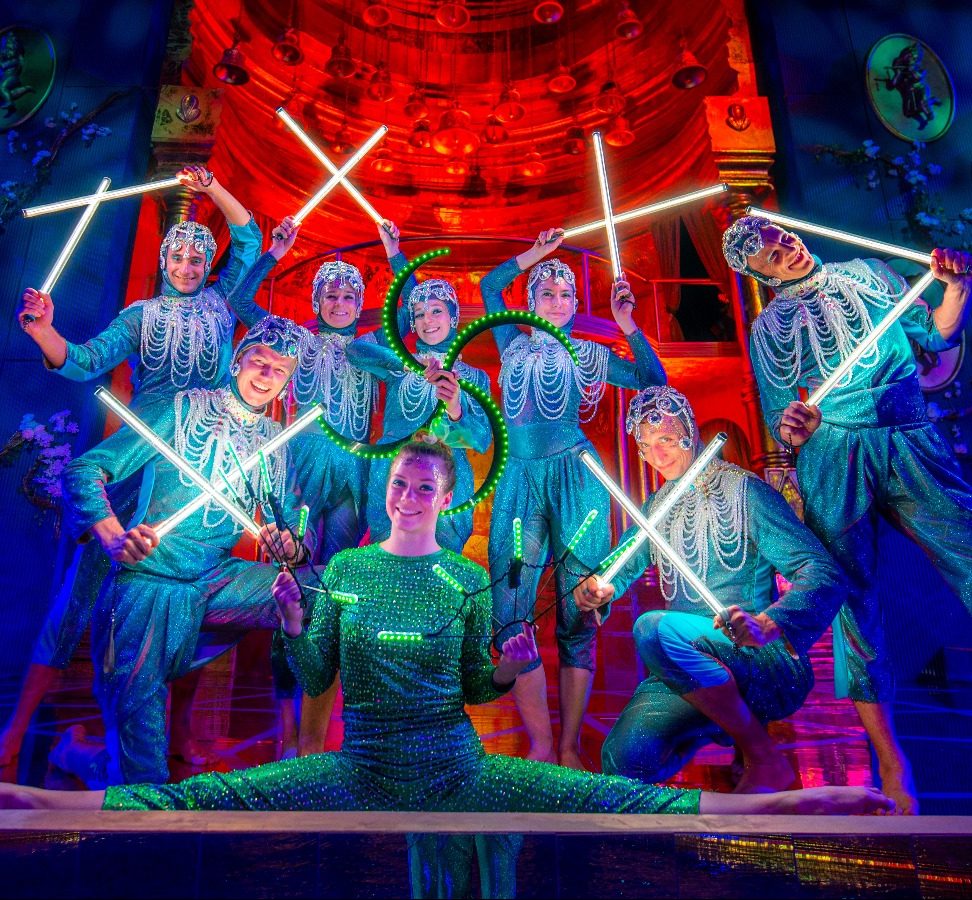 Pyroterra were invited to collaborate with award-winning Choreographer Viabhavi Merchant to take part in a 30-minute performance created in collaboration between Indian Viabhavi production and UK Anystage production at Jio World Centre in Mumbai to celebrate the wedding of Akash Ambani and Shloka Mehta.

A spectacular dance, LED-light acts inside the water and aerial show above a dancing fountain mixing performances with traditional Indian dance for an audience capacity of over 4000 per performance.

Pyroterra worked closely with the producing team of the Anystage company to project manage the event within a four week period and delivered all Creative, Technical and Programming elements of the LED-light performance.

The site-specific performance included entering the water with the LED-light electronic props which needed special caution and precision of the performers as well as synchronization of the props with the music using the latest Pyroterra Lighttoys FT remotely controlled chips.